Offering cutting edge strategies for handling common problems you may find in the adversarial conditions of family court, so you can move forward with confidence.

Offering cutting edge strategies for handling common problems you may find in the adversarial conditions of family court, so you can move forward with confidence.

A Must-Have for Anyone Stuck in the Family Court System!

One-on-one consultation is a must-have for anyone who finds themselves "stuck" in the adversarial family court system. If you have a co-parent who is high-conflict, chances are your family dynamic is very complicated.  Even worse, your co-parent may be influencing your children’s opinions of you and empowering them to dictate parenting time.

It is common in very contentious divorces, or during custody challenges, for the parent doing the influencing to appear cool, calm, collected and charismatic.  They often feel they are above the law and have no qualms about sharing their co-parent's (often made-up) inadequacies to anyone who will lend an ear.  This includes not only the legal and mental health professionals, but also teachers, coaches, friends and family.  This often leaves the allegedly “inadequate” parent traumatized and acting reactively.

To the untrained eye, the reactive parent is perceived as the source of the problem.  In addition, the children's desires (which have been influenced) often end up holding far too much weight.  The root of the problem within these families is a complex relationship problem sometimes referred to as "parental alienation".  The fact of the matter is that the entire family is suffering from trauma, and quite often, the children's attachment to one parent is being disrupted and damaged.

Why Do I Need a Specialized Consultant?

The family court system is set up to interpret the law, not solve relationship problems.  Instead, the focus tends to center around who did what wrong instead of focusing on solutions to help everyone within the family.  Likewise, a holistic approach is required to offer the family their best opportunity to heal and protect the precious bond between the children and both parents.  A lawyer alone is not qualified to diagnose and treat the root of the problem, and the adversarial courtroom often exacerbates the problem.

Another unfortunate problem is that many of the mental health professionals employed to help these families do not have the amount of specialized training required to identify and treat appropriately.  And very often, families will feel they won by getting an order for “reunification therapy”, only to find that the therapist assigned to reunite them with their children is making matters worse. This is another area where a specialized consultant can help.

"Parental alienation" is a complicated family dynamic, requiring a multi-disciplinary approach with many professionals working together towards a common goal. In consultation, Pathways Family Coaching is the "glue" to a collaborative plan between the various professionals on your team. Even better yet, we can help you source and bring together the right team that will get you results.

We look at your unique situation and strategize with you to create an actionable plan. Most importantly, we help you step in as the leader of your team instead of being pushed into a position of spectator as the professionals follow the same faulty methods they are accustomed to following. We provide the support you need and will even consult directly with your team, if necessary.

We have a deep understanding of the dynamics surrounding family violence and "parental alienation" that the rest of your team may not. Our focus is on families in which the children are being influenced to reject a parent and have specialized expertise that most other professionals do not.

Unlike most professionals that focus on the problem, we focus on the solution. We are natural problem solvers and offer strategic advice based on our extensive knowledge and experience helping families just like yours. For more information about how we can help you with your unique needs, please book a complimentary strategy session to speak to one of our consultants. 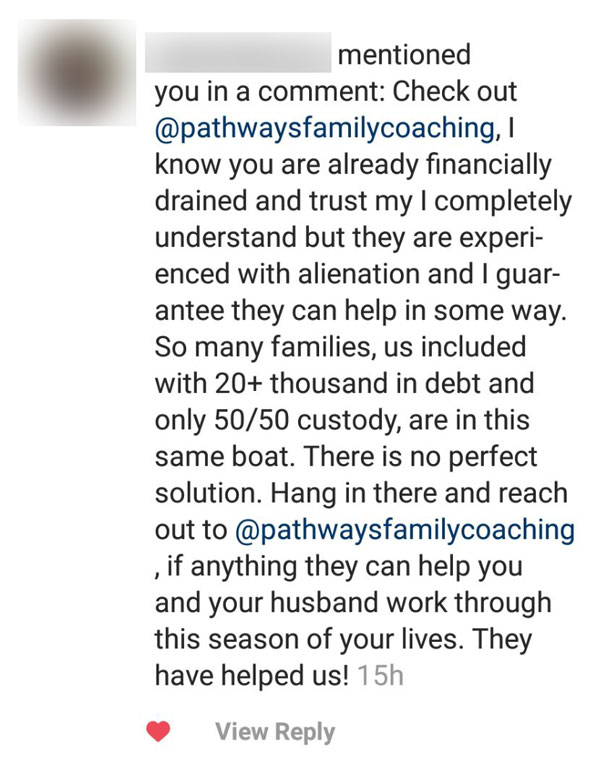 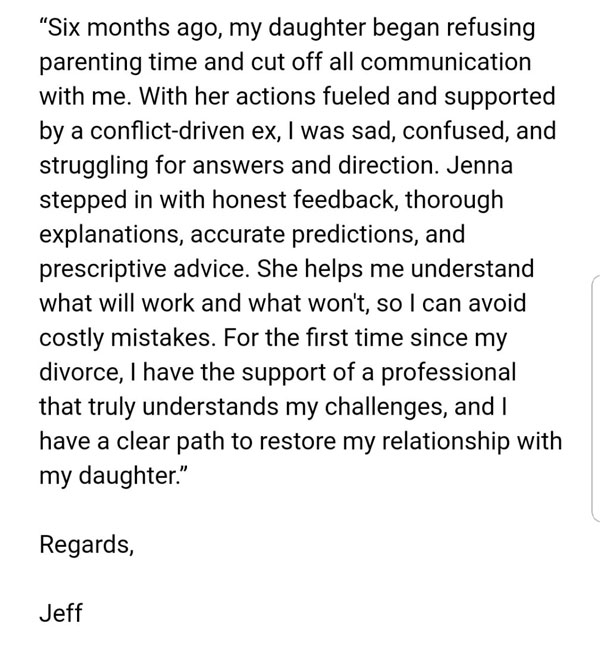 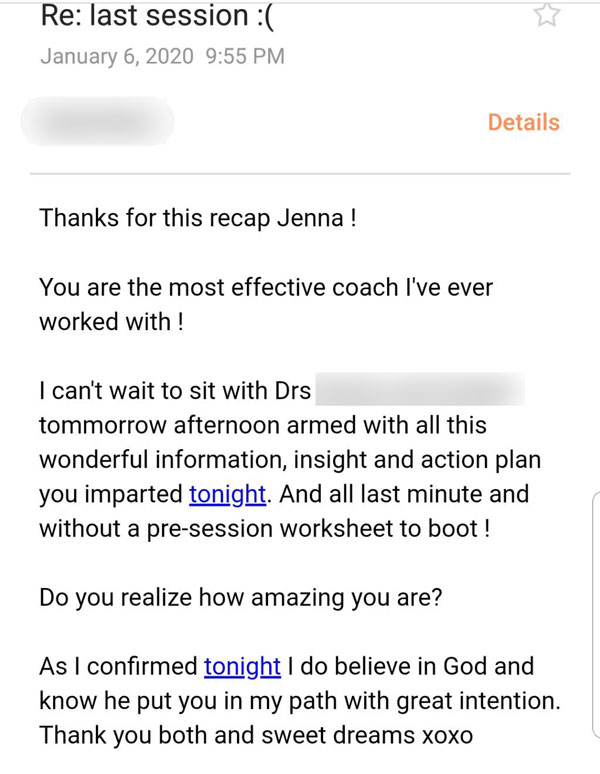 How Pathways Can Help

In addition to providing strategic advice and working in collaboration with your legal and mental health teams, we offer a unique and powerful data organization service that highlights patterns of behavior within your family.  Our team organizes all of your texts, email messages, medical records, police reports, school records, etc. into a digital timeline and identify both problem behaviors and positive parenting practices, based on recommendations from leading experts working in the field of "parental alienation".

This service assists families in conflict surrounding divorce and parenting issues to step into a proactive approach instead of the usual reactive response.  It removes the hyper focus from only a few incidents, which is customary in family court to distort character and intentions, and offers a comprehensive picture that reveals undeniable patterns of behavior that may indicate distorted parenting practices and highlight any parenting strengths.

Don’t waste your money and base your case on psychologists’ reports or statements from experts that may not be accepted by the court and stick to the clear facts and patterns within!

What If I'm Being Accused of Alienation?

As the awareness of "parental alienation" has increased, Pathways has noticed a rise in the number of parents who are being accused of this phenomenon when, in fact, they are either protecting their children against documented abuse, or the children themselves are rejecting a parent for legitimate reasons.

We work with ALL family members in which "parental alienation" is a risk or a concern. We can help you directly and consult with your team to identify the underlying dynamics within your family in order to implement effective solutions.

What if I'm Only Considering a Divorce from an Abusive Spouse?

If your spouse is abusive during the marriage, you are at increased risk of being alienated from your children.  It is critical that you formulate a safe plan for you and your children to escape the abuse, while maintaining the children's relationships with both parents.  We consult with parents to formulate a proactive strategy and secure any mental health and legal support they may need throughout the process.