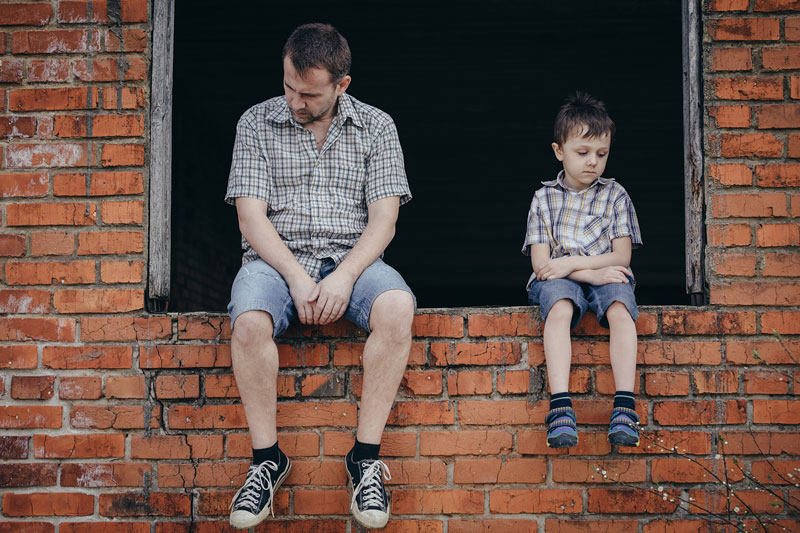 For decades, the experts have debated the existence of “parental alienation”, originally defined by Dr. Richard Gardner as a “mental condition in which a child (usually one whose parents are engaged in a high-conflict divorce) allies himself or herself strongly with one parent and rejects a relationship with the other parent without legitimate justification”. Does this happen? YES! …it is seldom discussed and the rejected parents are only met with judgement and shame, and left feeling completely powerless.

Dr. Gardner originally petitioned that “Parental Alienation Syndrome” be added to the DSM in the 1980s, yet it has never been accepted as a mental health disorder and still remains a subject of debate. (The DSM is published by the American Psychiatric Association and covers all categories of mental health disorders for both adults and children.)

The truth of the matter is that high-conflict divorce is prevalent and children continue to be thrust into the middle of disputes between parents, sometimes feeling forced to choose sides. Current statistics estimate that 3.5 million Canadian parents have no relationship with at least one child. Unfortunately, this alienation usually extends to the entire side of the family, including aunts, uncles and even grandparents. Long term effects of a child that rejects a parent include personality disorders (such as borderline personality disorder), post-traumatic stress disorder (PTSD), and suicide.

If the DSM won’t acknowledge its existence, how do we help these children?

Although the DSM has continued to deny the inclusion of “parental alienation syndrome” as a legitimate diagnosis for alienated children, this does not mean it does not exist. This phenomenon can be more accurately characterized by the DSM as an attachment-based pathology occurring within a family due to “child psychological abuse” by the parent that the child aligns with. This makes the phenomenon a child protection issue; however, it is often handled by the courts as a child custody issue.

Forensic psychologists are commonly employed to complete a “Child Custody and Access Psychological Assessment” (sometimes referred to as a section 211 report) in heated custody cases, with the courts relying on their recommendations to make a decision on the division of parenting time. Unfortunately, forensic psychologists are often not qualified to diagnose such pathology in the home, resulting in the court’s neglect in identifying a problem, and often exacerbating the problem.

Are you a parent facing the rejection of a child who once loved you? Perhaps your student, a child’s friend, or little league team mate is exhibiting an unnatural repulsion towards one parent?

If you know of a child that is rejecting one parent or unreasonably denigrating a parent, chances are the child is experiencing severe emotional abuse by the parent that they are aligned with (NOT the parent they are rejecting). It takes a community to raise a child. Please give our alienated children a voice and share this article with his/her rejected parent.

Pathways Family Coaching has a deep understanding of the solution to the pathology involved in the rejection of a parent by a child. Our mission is to help every child overcome this abuse so they have the freedom to love both parents, and help rejected parents move forward through their grief and reunite with their beloved children.

Schedule your free strategy session to learn your next best move in preventing the alienation, or reuniting with your child.

Download the most comprehensive co-parenting plan on the market! This done-for-you comprehensive template is designed to protect parent-child bonds and avoid contentious issues before they arise.

Learn everything you need to know…

...about high-conflict divorce, the resulting dynamic in your family, and what you can do about it! Delivered to your inbox every month.